Famous People Who Have Veneers 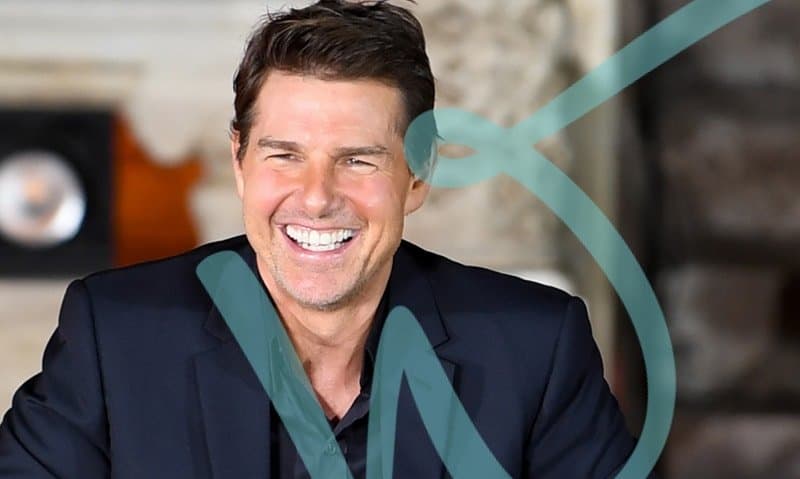 Veneers are a great way to help you create the picture-perfect smile you’ve always dreamed of having. They consist of a thin sheet of porcelain material that’s placed on top of your teeth. You can get a single veneer to fix the appearance of one tooth or multiple to transform your entire smile. Modern technology has improved veneers drastically so that you can’t tell which teeth, if any, have or don’t have veneers; however, we still hear many patients worrying about how natural their veneers will look. For real-world examples of how veneers look, we always love to point to Hollywood.

Hollywood stars are famous for their dazzling smiles, which seem to carry an effortless beauty and charisma. Despite the natural beauty their smiles exude, many celebrities actually have veneers. Here’s a list of some famous people you never would have guessed have veneers.

Over his long and accomplished career as a top actor, Tom Cruise has had a lot of dental work done, including treatments to straighten and whiten his teeth. Eventually, he decided to give his teeth a final upgrade by getting a full set of veneers.

This hit actor has always had a winning smile, but his tendency to grind his teeth started to take a toll on them. George Clooney decided to protect his worn-down teeth and restore his smile to its former glory by getting a set of veneers.

Before Victoria Beckham got veneers, her teeth were a little crooked, which is easily remedied with veneers. Today, you’d never know her dazzlingly white smile isn’t the smile she was born with.

After undergoing orthodontic treatments to straighten her smile, Catherine Zeta-Jones went the next step, whitening her smile and evening out its appearance further by getting a bright set of veneers.

When he was younger, Zac Efron had a gap between his two front teeth. He’s never confirmed it, but it’s likely the gap vanished thanks to veneers.

Celine Dion’s smile used to be yellowed, crowded, and just a little crooked. She was able to remedy all of these issues in one fell swoop with veneers, giving her the beautiful smile she has today.

Hilary Duff’s smile was already beautiful when she began to gain popularity. During an on-stage performance, however, she chipped one of her front teeth on a microphone. Instead of simply fixing the damaged tooth, she decided to get a full set of veneers.

Although he has a dazzling smile today, Cristiano Ronaldo’s smile used to be crooked, uneven, and chipped. His teeth are whiter, straighter, more evenly shaped, and free from chips, so it’s likely that he turned to veneers to give him the bright smile he has today.

Keyshia Cole’s gap-toothed grin certainly didn’t slow down her career, but she finally opted to get veneers to close the gap. Now she has even, pearly whites.

At the beginning of his career, Nicolas Cage’s teeth were a little bit of a wreck; they were uneven and yellowed, and at one point he even had two of his teeth extracted for a role. As he rose in popularity, however, he ended up investing in some high-quality veneers, and now you’d never recognize his old smile.

Earlier in her career, Kate Beckinsale struggled with teeth that were slightly yellow and appeared a little too long. She later remedied this with veneers, making her smile look whiter and more proportionate while maintaining much of its natural charm.

This famous boxer is equally famous for his smile, which at one point sported prominent metal crowns. Although Mike Tyson still rocks the iconic gap between his front teeth, it appears he’s evened out other aspects of his smile through the use of veneers.

Before she got veneers, Kirsten Dunst had prominent canines that gave her smile a unique look. She opted to make her smile a little more symmetrical with veneers but retained the other unique aspects of her smile. The result is a radiant smile that exudes natural beauty.

It’s common to be worried about how your veneers will turn out, but you can rest assured that your veneers will look just as natural as these celebrities’ smiles do. Your customized veneers will give you a naturally beautiful smile that’s impossible for people to ignore—for all the right reasons. If you’re interested in discussing the possibility of veneers, feel free to schedule an appointment with Dr. Wohlers at any time.

Everything You Need to Know About Cosmetic Dentistry

9 Activities to Keep Your Kids Busy During the Winter

Kick cabin fever to the curb with these fun winter activities for kids! Winter is the perfect opportunity to get in some quality family time

At Wohlers Family Dentistry, we treat our patients like family. From the moment you walk through the door, our friendly dental team will provide you with the utmost quality of care in a warm, comfortable environment. We will strive to be your favorite Marietta Dental home.